Episode 68: Who Gets to Decide the Truth? 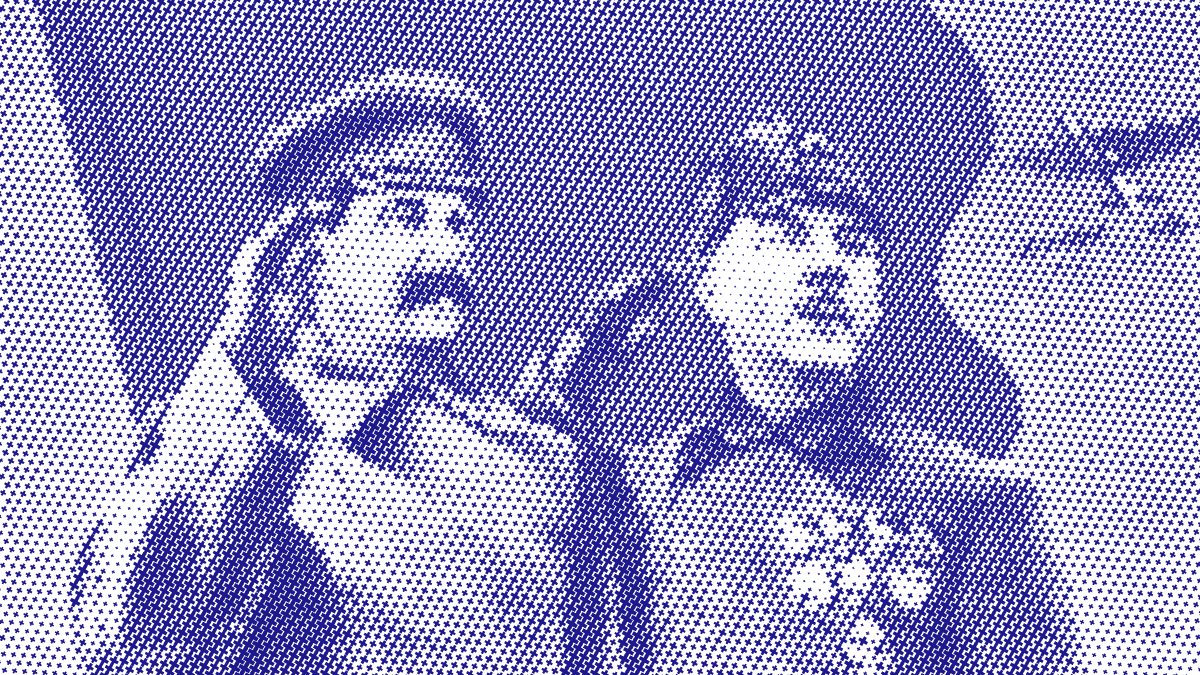 If we start to outlaw fake news, wo will decide what is fake and what is the truth? Do we trust the state? Should journalists do it? And what are we actually afraid of here?

This week, The Private Citizen is back on its usual release date and with the usual format of recording the show live on Twitch. Which is proving exceptionally exciting yet again. I’m also discussing a topic that’s currently very controversial, so that of course helps to keep things lively. So let’s dive right in and discuss censorship, civil liberties and the brewing culture war over free speech yet again.

If you are listening to this on the No Agenda stream, welcome! I am honoured to have my show played there.

I would like to take a moment to remember security researcher Dan Kaminsky who passed away recently. He was probably best known for discovering a fundamental flaw in the underlying encryption used in DNS in 2008.

Thanks to m0dese7en for sending me a real made in Texas Stetson over from Oregon. 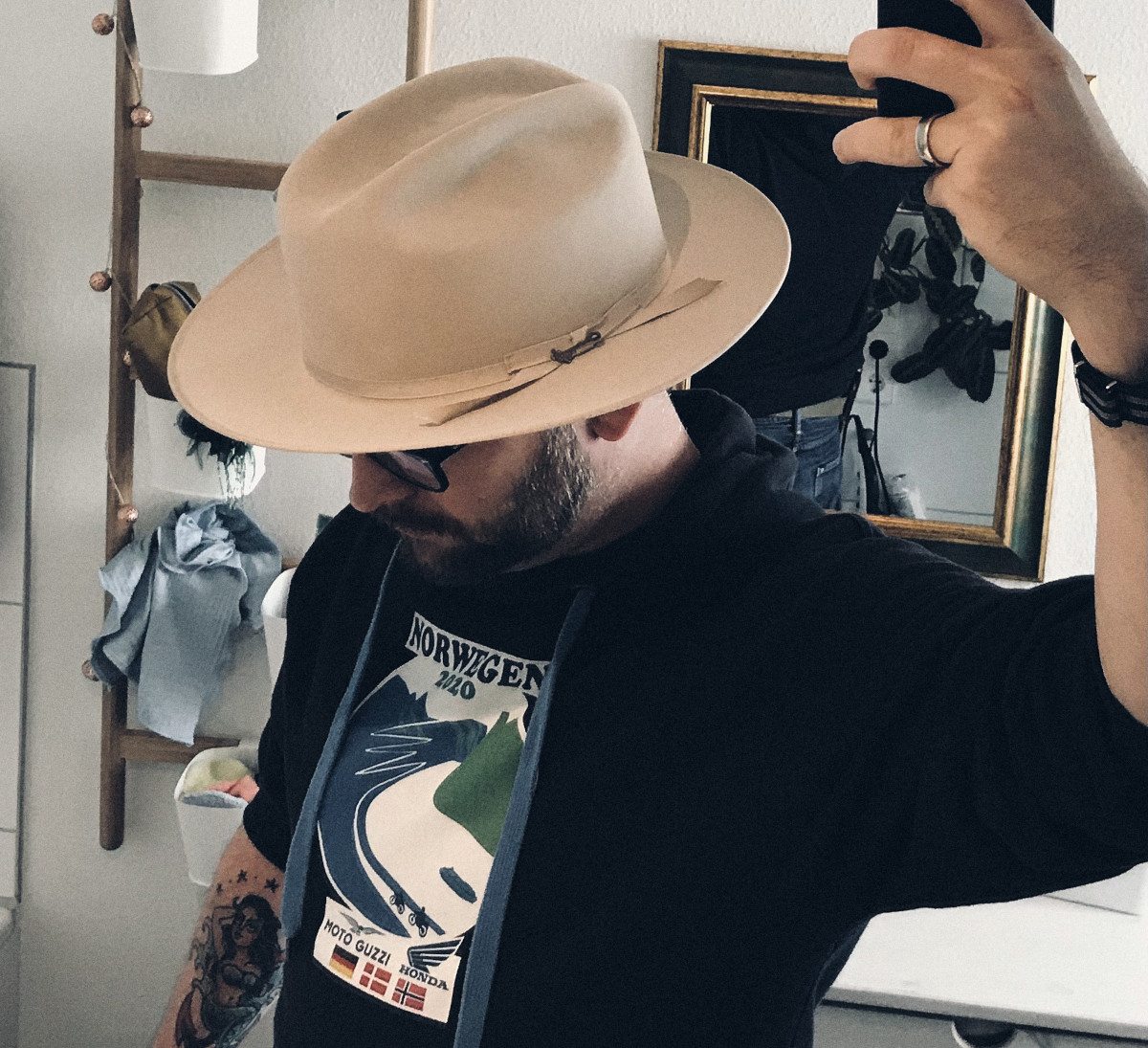 In the Age of Banning Fake News, Who Decides What is True? #

We are in a culture war right now. All over the world, governments are mandating laws to fight against “fake news”.

→ Poynter: A guide to anti-misinformation actions around the world

While a fight against “fake news”, or propaganda as it used to be called, is very much a good thing, it is not really something the government – historically one of the biggest sources of propaganda outside of corporate PR – is equipped to do. Historically, in a democracy under the rule of law, it was considered the calling of the free press to fight propaganda (and in many cases the government when it was producing it). Alas, the press has given up this fight and is, in most cases, just copying down what PR agencies, government offices and other journalists have told them.

But how can the government, which by definition is often producing propaganda itself (as it must act in its own interest), fight propaganda? Or “fake news” or “misinformation”, as it is often called these days? Who decides what is fake and what is the truth? And on what basis?

I attempt an analysis. Mostly on my theory that this new drive to “ban fake news” and curtail free speech is driven by mostly left-leaning progressives who mean well but lack a general understanding of the issues they are facing. In a misguided attempt to improve the world by fighting against isolated forces from the right, they are creating a political and legislative toolbox that is the wet dream of any autocrat. Democratic and well-meaning politicians are thus abandoning a well-proven framework of civil liberties to an abstract fear of technology (in this case the internet). In essence, they are vastly over-estimating a threat (a government takeover from the right) and vastly under-estimating the destructive consequences their actions will have on the democratic system and the rule of law.

The current government might be well meaning and won’t abuse the powers they are granting themselves. But what happens when the very thing feared by these people (a landslide election victory from the right) does come to pass? What makes them think the very people they are so afraid of won’t abuse these powers?

Take a look back at history. Who are the people afraid of freedom of speech? The ones who are right and fighting for a just cause? Or are it the ones whose lies and horrible deeds might come to light? Why would anybody in their right mind who is convinced that they are right – 98% of all scientists agree! – be afraid of someone publishing things that are wrong? Not to mention that actual good propaganda can’t even be proven to be wrong, because the real skill is to never say something that is obviously wrong but just imply it with emotion-based messaging. Have these people never seen an ad? Do they actually think drinking Coca-Cola improves your life, driving a BMW makes you successful and Levi’s main goal is making the planet better with sustainable clothes?

Dr. Lasse Schuldt writes at the Verfassungsblog about fake news laws in Malaysia, Singapore and Thailand:

Countless government statements do not distinguish between acceptable and unacceptable falsehoods but rather refer to the problem of “fake news” in general terms. Any falsehood thus becomes potentially harmful. Though mankind has managed to deal with lies and misinformation for thousands of years, a regional consensus is emerging according to which a “meaningful exercise of free speech” in a “properly functioning marketplace of ideas” is not guaranteed anymore without the filtering of state-regulated traditional media. The states’ trust in corrective mechanisms is dwindling. Falsehoods themselves are becoming a political and legal issue. This heightened governmental attention is largely attributable to the rise of social media, particularly in Southeast Asia. But it is also sustained and amplified by governmental framing and discursive superiority.

Restrictions of constitutional rights are likely to be justified on this ground to an increasing extent. The balance between free speech and the fight against “fake news” is expected to tilt in favor of the eradication of falsehoods. Governmental language of “war” affects the balancing of rights and interests, particularly where public discourse is dominated by state actors. In these hegemonic settings, the governments’ continued emphasis on “fake news” can be expected to shift legal interpretations and adjudication toward the emancipation of truth as a public interest. The floating signifier becomes a Laclaudian nodal point.

What he misses here is that this legislation is shifting the decision of what is a falsehood from the public arena (formerly in the bailiwick of the press) to the state. But who calls out the state on its own dissemination of falsehoods? What if the US had deemed Snowden’s revelations false news? What would have happened if Trump, who popularised the very term “fake news”, had had the power to ban negative reporting on his presidency? Does anyone trust democracies like Russia and Turkey to determine what is true in public discourse? Why should a German government be entrusted with this power?

→ Episode 64: The Problem with Facts

I’ve gotten some nice background information on the vaccination procedures in other countries via the Matrix room for the podcast (usable with an account on any Matrix server). Thanks to the producers in there for providing this information.

Barry Williams continues the atheism discussion from last episode by clarifying that I misunderstood him. He was arguing that I am an atheist.

Captain Egghead says, also with regards to the previous episode:

The problem with “valar morghulis” is that, with the standard response “valar dohaeris”, the message seems to be incompatible with the spririt of this show. Anyone knows how to say “aim to misbehave” in High Valyrian?

To which he himself replied:

An anonymous producer comments on my episode on the scientific method:

First of all thank you for your Private Citizen podcast, it has been an interesting year to put a couple events in perspective. I sometimes disagree with you, for example I don’t share your views on net neutrality (and I have worked for several ISPs, although not directly employed by them) but the thing that bothers me most when I listen to the show is your sometimes naive-sounding evocation of SCIENCE (please read all-caps words with your usual outbursts tone) as if the scientific method was flawless.

Don’t forget that science needs MONEY and can not be neutral or indisputable. I know from listening to you that you are aware, but sometimes you really sound too idealist and that’s when I tend to be sceptical about the points you make.

The show’s theme song is Acoustic Routes by Raúl Cabezalí. It is licensed via Jamendo Music. Other music and some sound effects are licensed via Epidemic Sound. This episode’s ending song is Space Age Girl Machine by Conditional feat. Bri Oglu.