Explaining the scientific method (or: how scientists think) as a basis for further discussions on the podcast.

This and the following episode of The Private Citizen are two parts of a whole. To lay the groundwork for further discussion next time, we shall first try to understand how scientists think. To this end, I shall do my best to explain the scientific method to you. In the next episode, we will then put this into the context of our current society and one of its biggest weaknesses, as I see it.

This episodes follows in the footsteps of episodes 34 and 60, where I explained the concepts of socialism and cyber war in that it is a similar format of explaining a basic idea as groundwork for further discussions on the podcast.

These are the handwritten notes I prepared for this episode: 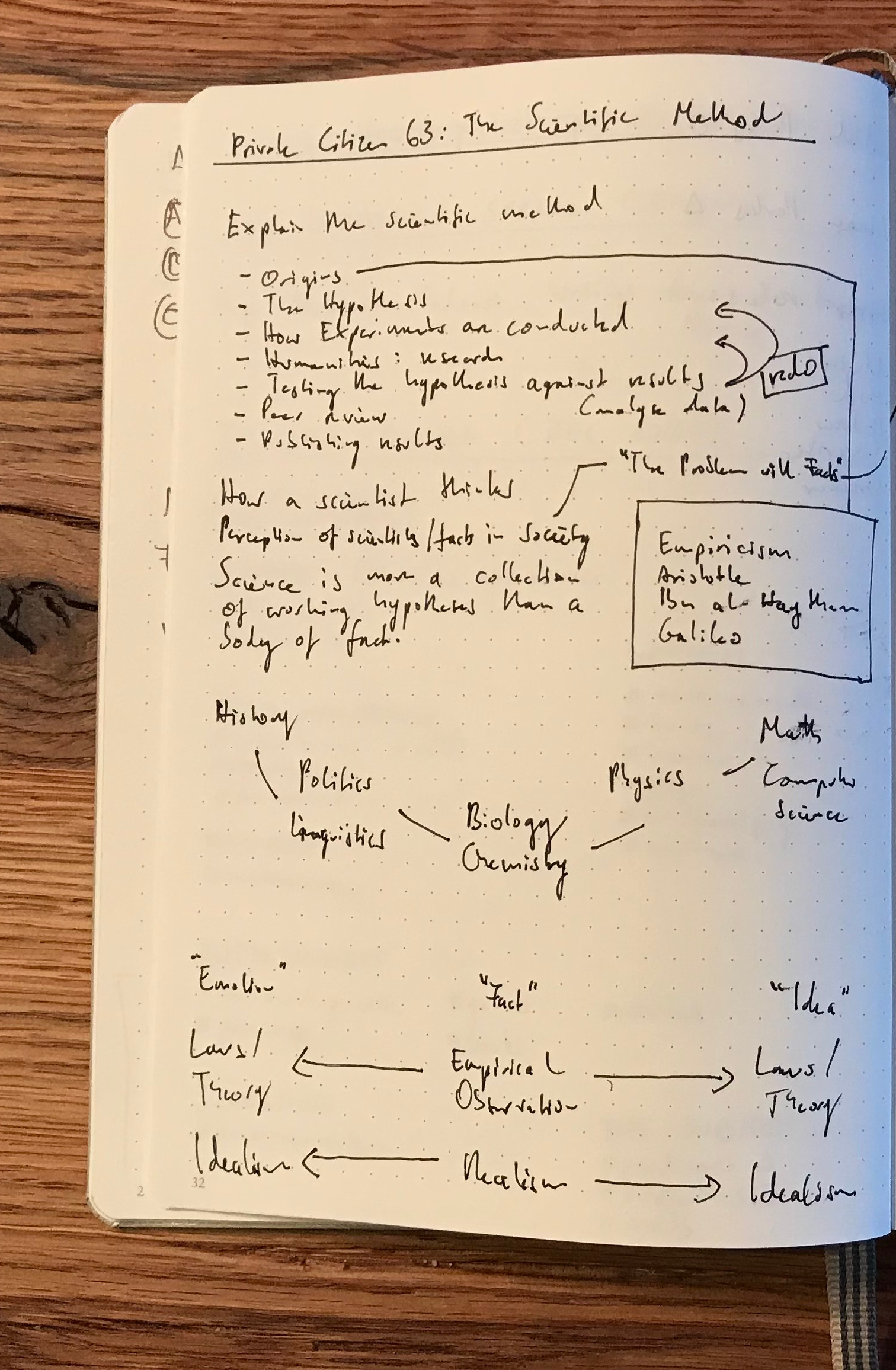 I response to me asking on the show how Russians feel about the West continuing to harp on the stereotypical “Russian hacker”, I had some responses from Russian listeners. What I’m reading between the lines here is that some are pissed off by this, but in general there seems to be no “Russian viewpoint”, per se, because Russia is very large with a very large and diverse society. If anything, politics in Russia seem to be as polarised as they are in the UK, the US and Germany.

On the Discord, arivatana said:

I’m dying inside as I listen to the last two episodes. The university I work at (in the IT support department) is changing the students email structure to Exchange, praising the functionalities of Office 365 and using Teams and Zoom as the main tools to give lectures.

…to which Soup replied:

The truth is, as end users, we like integrated experiences and no one else does a proper office suite. And you’re using PowerPoint and Word and Excel anyway, so… Only one way you can go for a competitive rate, too.

The show’s theme song is Acoustic Routes by Raúl Cabezalí. It is licensed via Jamendo Music. Other music and some sound effects are licensed via Epidemic Sound. This episode’s ending song is Ctrl Alt Del by Milva.