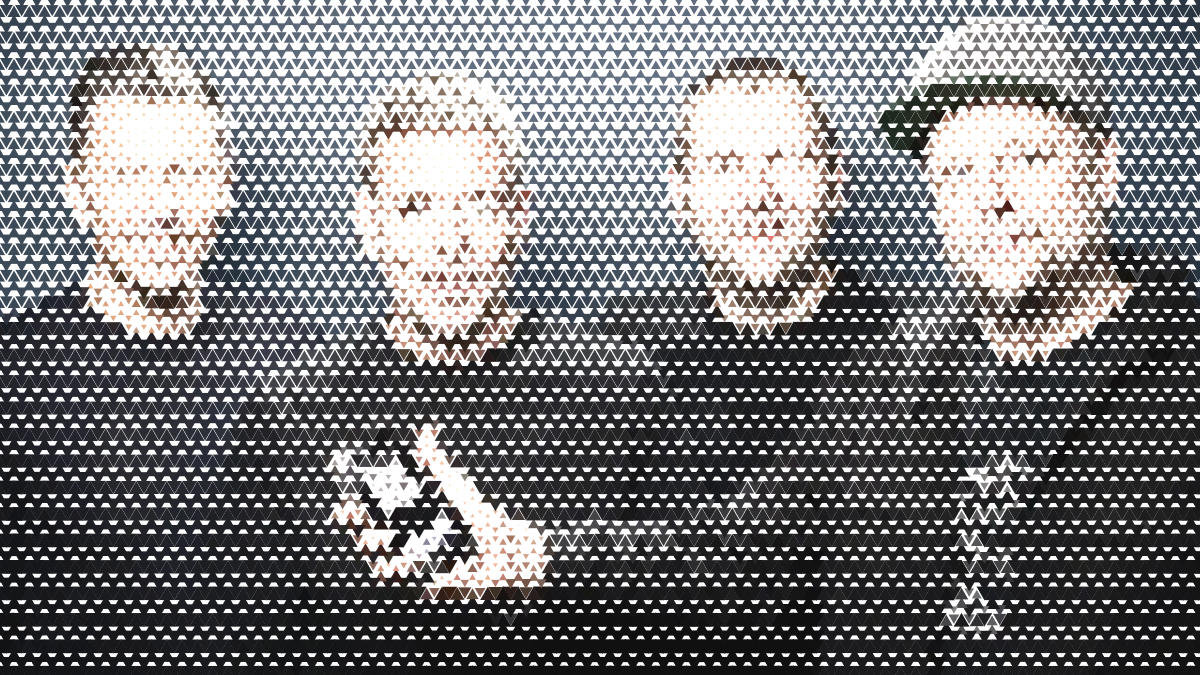 Here in Germany, we are plunging the country into an Orwellian nightmare which now, for the first time in the history of the country, also includes actual curfews. Meanwhile, the government’s next anti-COVID-app is a complete failure on pretty much all levels.

This episode of The Private Citizen is a day early and wasn’t broadcast live on Twitch as usual due to scheduling issues on my part. I should be back to the usual recording and release schedule next week.

Completely unrelated to my scheduling problems this week, after quite some time, I’m doing two podcasts simultaneously again. Check out Escape the Talk Show if you like friendly banter and are not averse to the occasional gunshot.

I was reporting based on a misunderstanding in the last episode. As Evgeny Kuznetsov pointed out, adding a header to your server response to exclude it from FLoC cohort calculations might not be such a good idea.

If your site does not include JavaScript to facilitate Google Ads or Google Analytics tracking, it will not interact with FLoC at all. What the header does is preventing the user’s browser from using your site in the cohort calculation (which happens locally in the user’s browser). But that actually doesn’t seem to be that bad for the user. And it shouldn’t be the responsibility of the server administrator to decide this for the user.

Bottom line: If, as an admin, you don’t want your users to be tracked or profiled by Google, don’t use Google Ads or Google Analytics. And if, as a user, you want Google to track and profile you less, stop using Google Chrome.

There’s some more information on this in a post on my personal blog.

All of This Was Foreseeable #

Germany now has a country-wide curfew in effect. Stores are mandating negative SARS-CoV-2 “quick tests” from people who seek entry. People are being spied on by their neighbours and ratted out to police and security authorities. There’s open discrimination against people based on their health record.

We are turning the country into an Orwellian nightmare where every citizen’s health status, location and social interactions are being tracked by the government. And the worst part: All of this was foreseeable. It was, in fact, foreseen.

Remember episode 8 of this podcast (24 March 2020) when I called the first lockdown a “curfew” and was roundly attacked by strangers, ex-co-workers and friends alike (publicly on social media and privately)? I was told the lockdown wasn’t a curfew. There would never be a curfew in Germany. And that, in any case, I was blowing things out of proportion because the lockdowns would be over soon.

Well, there is a curfew now. For the first time since the founding of the Federal Republic of Germany. The last time West Germany had a curfew was in the immediate post-war years under military rule. East Germany (the GDR) had curfews, but it was also a totalitarian police state that shot its citizens at the border and a de-facto oligarchical dictatorship. 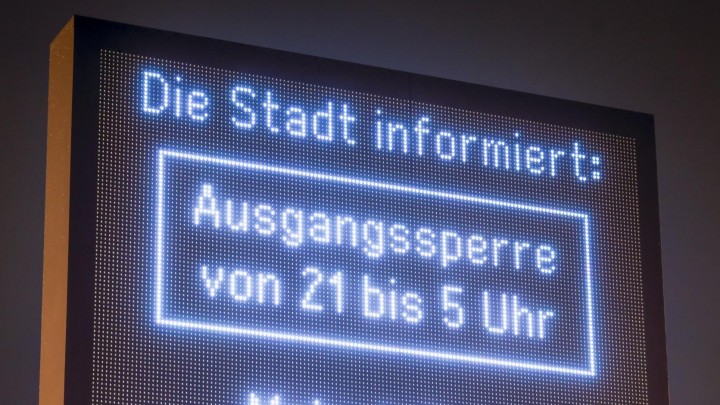 Anybody who analysed the situation rationally back then could tell this would not be over soon. And I did just that, in fact. I’ve been warning against all of this since the middle of March 2020: How #FlattenTheCurve was a dumb idea, why contact tracing via Bluetooth will never work, the mistakes made trying to track people at venues, why discriminating people based on immunity against a disease is a horrible idea, the victim blaming, the erosion of our civil liberties and of our rights, how the powers that be are resetting our expectation to be allowed to have privacy and why we have to fight the so-called “new normal”. I’ve talked about it all. Alas, not enough people are listening, I fear. What good are around two thousand people listening to this podcast against all of the misinformation, propaganda and sheer stupidity out there?

And it just goes on and on and on…

to do coronavirus contact tracing based on venue check-ins. This app, designed by a start-up with shitty coders (a company called Nexenio) and marketed by one of Germany’s most famous old-school rappers (a guy called Smudo from the band Die Fantastischen Vier), is crap. But since plans to introduce privacy-conscious location check-ins in the Corona-Warn-App were delayed from November until this month, politicians, clueless as usual, opted to go with the shitty app from a shady developer instead.

So then, what are the problems with this app?

Despite all of this, the federal state of Mecklenburg-Vorpommern actually names the app in a legally-binding policy document

as the app the be used by its citizens. Consequently, the app is now being used all over Germany. Sometimes in idiotic scenarios, like a 20 hectare zoo or enormous IKEA stores. 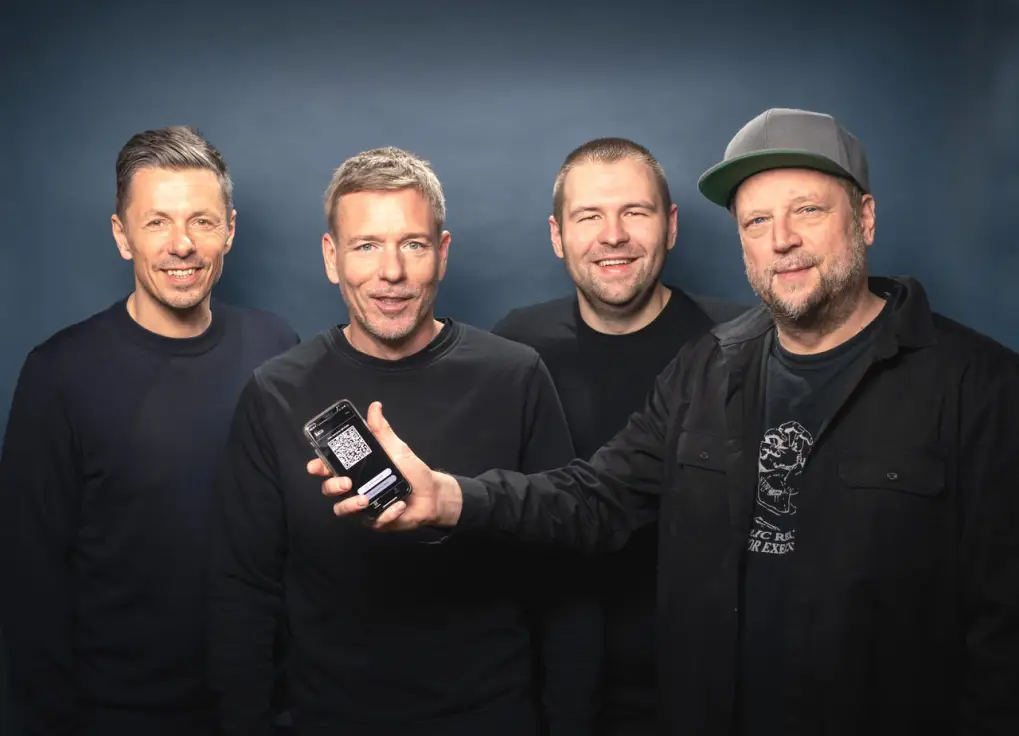 The team behind the Luca app, rapper Smudo is on the very right (Photo: Nexenio / Jens Oellermann)

So why is it being used? Because it has good PR and because the planned features of the Corona-Warn-App – which are based on an actual open, collaborative project – weren’t ready yet. And probably because there is a lot of money in selling this crap to the state. And in having all of this data and a vendor-lock-in-ready mechanism to control who can visit which space in the society of the future.

The Actual Problem That the Nerds Keep Missing #

It seems to me that the actual problem is overlooked. Both by the mainstream media, who is too clueless to understand the technical and sociological intricacies of what is going on, and by technology-focused nerds (or self-proclained technologists), who focus on all the technological issues to the minutest degree and don’t understand the political and sociological consequences.

The problem is this: We should not track people. We should not care about their health record. That’s between them and (maybe) their doctor. We should be pouring money into hospitals and paying the people who work there better – and not into fucking apps.

And if we fucking have to absolutely track people, just use paper. It’s good enough and makes it harder for intelligence agencies and the police state to misuse data.

Barry Williams chimes in again with, as he says, “more feedback on an offhand comment” from episode 66:

I need to address atheism vs. agnosticism. This may be a problem with the fluidity of language but the definitions you are using of these terms are the current colloquial version but not the original intent. Theism and the inverse atheism speaks to belief. As an atheist I do not belief god exists. Gnosticism and the inverse agnostic speaks to knowledge. An agnostic does not know if god exists.

I am an agnostic atheist because I cannot prove a negative. However many philosophers also bring up things like you also cannot prove I do not have an invisible dragon living in my back yard who breathes heatless flame.

There are vehement atheists (I use the term Atheist with capital A). I used to be involved with this group who are more active about the issues with religion and argue philosophy, etc. They still would tell you we cannot prove god does not exist but …neither can you prove that I don’t have a invisible dragon in my back yard.

The show’s theme song is Acoustic Routes by Raúl Cabezalí. It is licensed via Jamendo Music. Other music and some sound effects are licensed via Epidemic Sound. This episode’s ending song is The Kill by Particle House and Le June.