Catching up with some stories I’ve talked about in earlier episodes: Julian Assange, Drachenlord and the War in Ukraine.

This is the last episode of The Private Citizen before I leave for an extended hiatus. The show will be back to regular releases in August. I did not want to leave you hanging on a number of topics that I had promised you updates about, however. So today, we are quickly catching up with what has happened with a number of stories from earlier episodes in a second bits and bobs episode.

In episode 93 last year, I talked about the CIA discussing to assassinate Julian Assange. Meanwhile, the UK has now decided to extradite him.

Murderers, torturers and war criminals will be toasting the British home secretary, Priti Patel, tonight. Her decision to approve the extradition of Julian Assange turns investigative journalism into a criminal act, and licenses the United States to mercilessly hunt down offenders wherever they can be found, bring them to justice and punish them with maximum severity.

Julian Assange’s supposed crime was to expose atrocities committed by the US and its allies, primarily in Afghanistan and Iraq, during the war on terror. He shone a light on the systematic abuse dealt out to prisoners in Guantánamo Bay. He revealed the fact that more than 150 entirely innocent inmates were held for years without even being charged. He published a video of helicopter gunmen laughing as they casually massacred unarmed Iraqi civilians in an attack that killed around 15 people, including a Reuters photographer and his assistant. The US declined to discipline the perpetrators of that atrocity. But they are pursuing Assange to the ends of the earth for revealing it took place.

As The Nation rightly points out:

“If President Biden really cared about press freedom, he would have canceled the extradition request months ago.”

I’ve now released several episodes concerning Rainer “Drachenlord” Winkler, one of Germany’s most controversial YouTubers. In episode 113, I reported on how he was sentenced to one year on probation and how that sentence was subject of a revision request by the state attorney’s office. This revision request has now been pulled

, which means the verdict is final.

The War in Ukraine

I last talked about the war in Ukraine in April, in episode 115. Since then, the Russians have slowly captured territory and slightly pushed the frontline to the west and the north. The Russians have captured Severodonetsk and are moving on Lysychansk just across the Donets.

Joe Biden has come out and said that he had warned Zelensky of the apparent invasion, but that the Ukrainians “didn’t want to hear” the warnings by US intelligence services.

Meanwhile, Germany has shipped the first PzH 2000 to Ukraine. 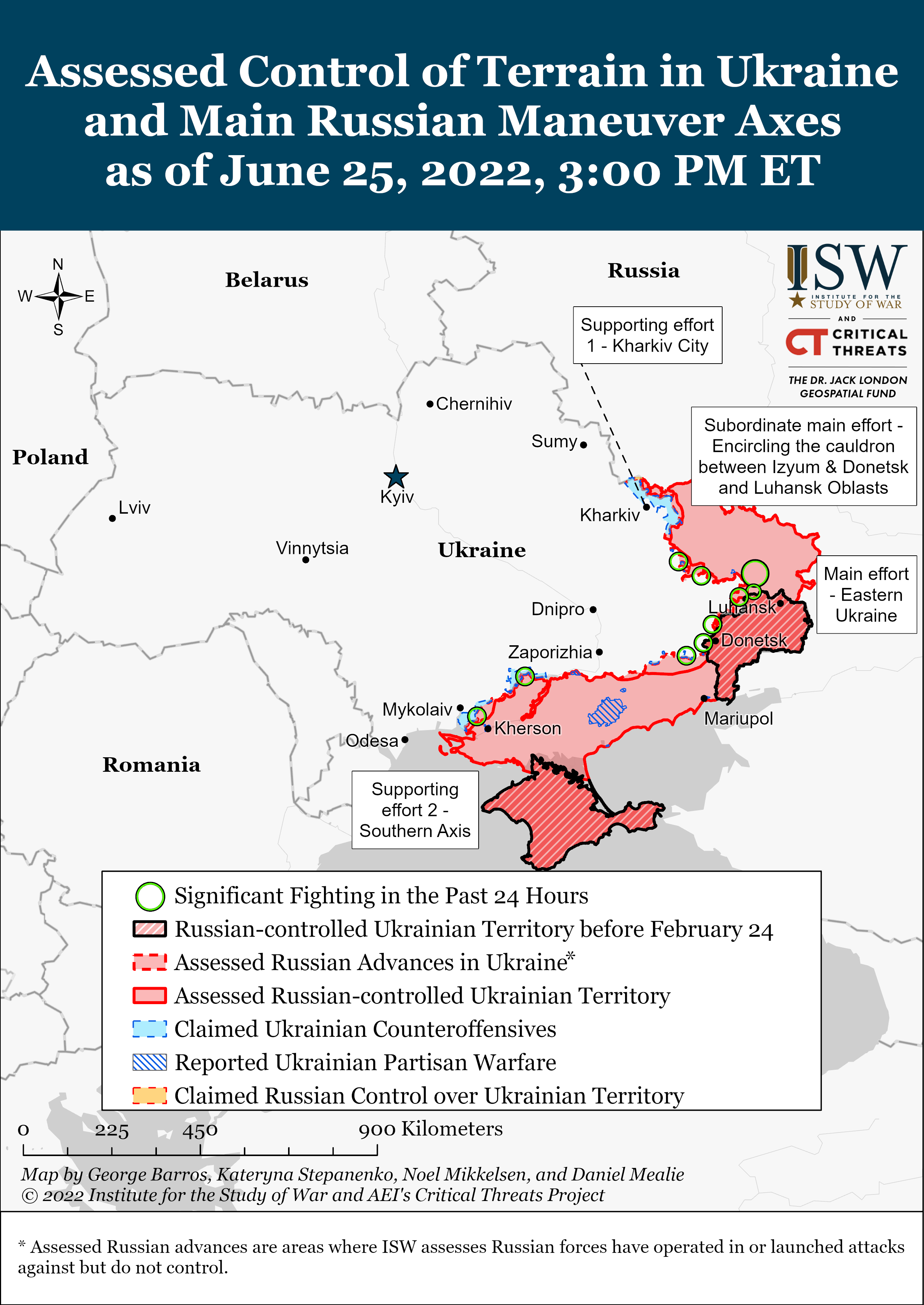 Current state of the war in Ukraine, according to the Institute for the Study of War

nekr0z comments on episode 119 on the forum:

A great episode, and, as usual, I agree with most of the things you’ve said. There was, however, one point you made in passing closer to the end of the episode I think I disagree with.

Mentioning the Russian soldiers in Ukraine, you said they were almost kids and brainwashed by propaganda, so they can hardly be held responsible. While I agree most of them are basically kids and brainwashed, and while I totally think people who are sending those kids there are to be blamed first and foremost, I still think holding these soldiers fully responsible is the right thing to do.

I’ve been giving this question a lot of thought lately: where should the blame and the responsibility lie, between people who call shots and people who do the shooting. These situations are a wide variety, but I think each one of them can be placed somewhere on a single spectrum, and that spectrum has two extremes.

On one end of the spectrum is a situation where a pilot is landing a plane at a big international airport with a lot of traffic, at night time, in bad weather and poor visibility. The pilot, naturally, has insufficient information, and trusts the control tower with his plane and his passengers. If the control tower gives the pilot some directions, and following those directions leads to a disaster like a mid-air collision, all the blame and all the responsibility goes to the control tower. The pilot is innocent, that much is obvious.

The other end of the spectrum is a gang that robs a person in an alleyway. The gang does have a leader who calls this shot, but every member of the gang understands that what they are doing is a crime. When the gang is caught, the leader, arguably, should be punished more than the regular members, but none of the regular members should get punished less (and, of course, getting excused is completely out of the question) because they were told (by the leader) to do what they did. Every single one of them knew what they were doing was wrong and illegal, or at least was supposed to know it.

Call me unempathetic, but a religious fanatic committing a crime because she was told to do so by her spiritual leader, and a soldier participating in an act of armed aggression because he was ordered to by his superiors are closer to the gang member than to the pilot in my opinion.

Even more. In Russia (and in some other countries, too, AFAIK), a person who killed someone in a road accident is punished more severely if the person was drunk or on drugs. It seems unjust medically (when you’re drunk, you have less control over your actions, so you should bear less responsibility, right?), but it makes total sense socially: we do it to discourage drunk driving. The point is not to do the offender justice, the point is to keep others from even thinking of becoming offenders.

I think the same logic should apply here: a person who commits a crime acting as someone else’s tool should get more punishment, not less. It may be unjust to the person, but it would be a good incentive for an average person to start thinking for themselves, do their own research and make their own judgement.

People are lazy, and they tend not to care about things that, despite being important, don’t affect their lives immediately. However, all through my life I’ve been finding that an average person starts demonstrating a surprising amount of common sense and critical thinking as soon as the decision they’re about to make has some obvious potential to severely influence their life. And Discordia be my witness, the world does need common sense and critical thinking in people. Badly. So we’d better encourage it any way we can. Right?

The show’s theme song is Acoustic Routes by Raúl Cabezalí. It is licensed via Jamendo Music. Other music and some sound effects are licensed via Epidemic Sound. This episode’s ending song is Dress Up by Walking Hearts.