German YouTuber Drachenlord has sold his infamous Drachenschanze and is travelling in a pickup truck around Germany. Meanwhile, well-meaning people, who have no idea what’s actually going on, think he’s being bullied.

On today’s episode of The Private Citizen, we are looking at what’s new in the life of Germany’s most infamous YouTuber Rainer “Drachenlord” Winkler.

Please excuse how mixed up my release times for the show are at the moment. This overlong quarantine has thrown a bit of a spanner in the works over here.

This is my second episode about German YouTuber Rainer Winkler, also known as Drachenlord. Please listen to the first episode to gain an understanding of who this man is and how much his life differs from the life of other people.

In this episode, I first want to re-examine the bullying debate.

The Drachenlord has sold his home, blown the money to pay back his loans, buy a Ford Ranger pickup truck, a state-of-the-art graphics card, a VR headset, a tablet, a gaming laptop and has left the village he’d grown up in around Emskirchen. He’s put everything (including his desktop PC, the graphics card and the VR headset) in storage and is now travelling around the country. In two weeks, he’ll have to appear in front of a court when his case is re-tried due to the appeals from both sides. I’ve explained the particulars of the original case in the previous episode.

In the meantime, the storage facility where he has stored his stuff has cancelled his contract. Rainer blames the Haider community for this.

Since selling his house and buying a Performance Blue Ford Ranger, Rainer Winkler has been on a badly planned tour around the country. The Haider community is following his exploits, analysing his videos for location clues and posting photos and videos whenever they see his car (which is extremely obvious because its a model of car seldom seen on German roads and Winkler has posted had shown his number plate in videos before leaving for his tour). This has been termed the biggest “Schnitzeljagd” (scavanger hunt) of all times. 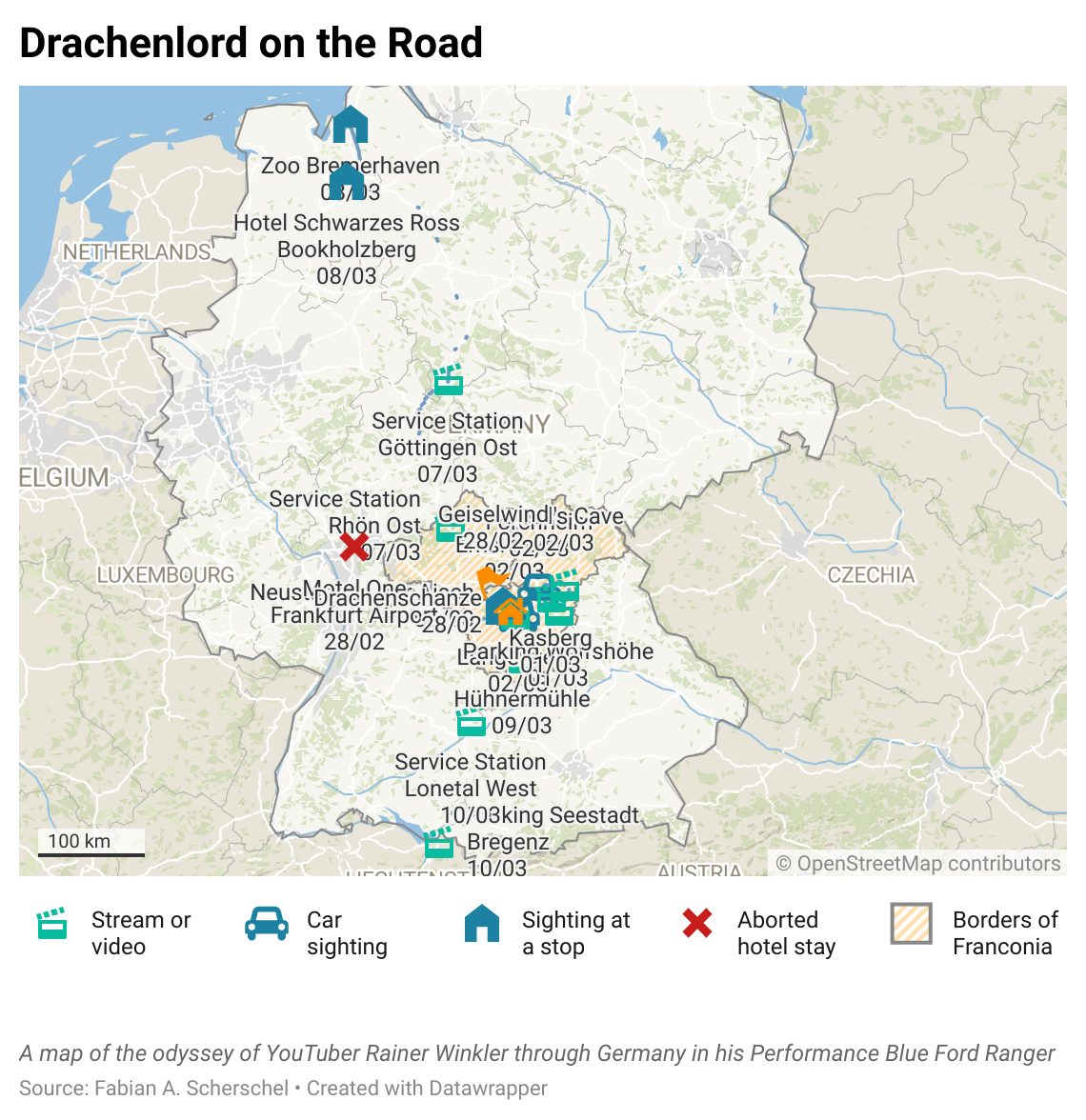 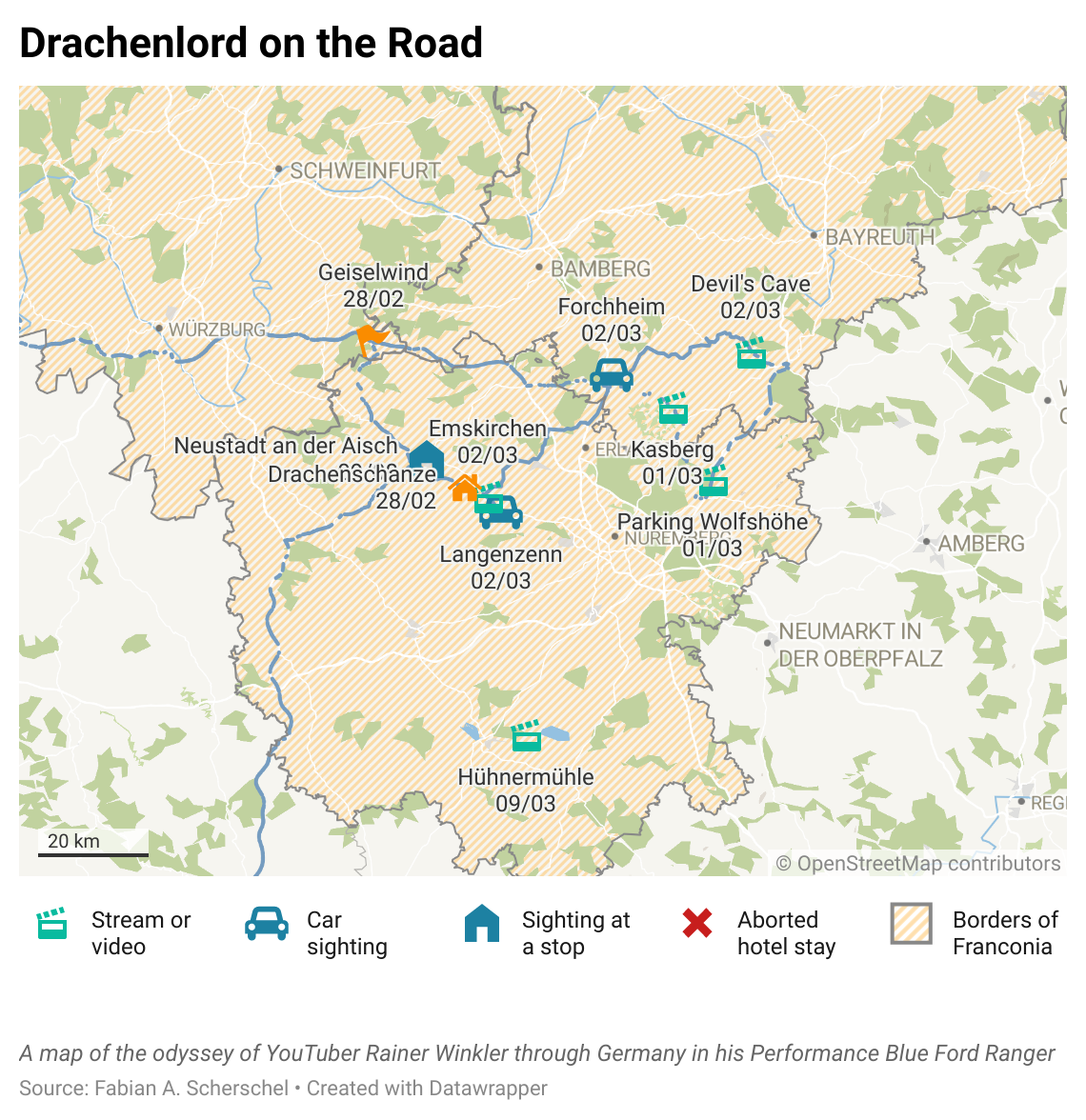 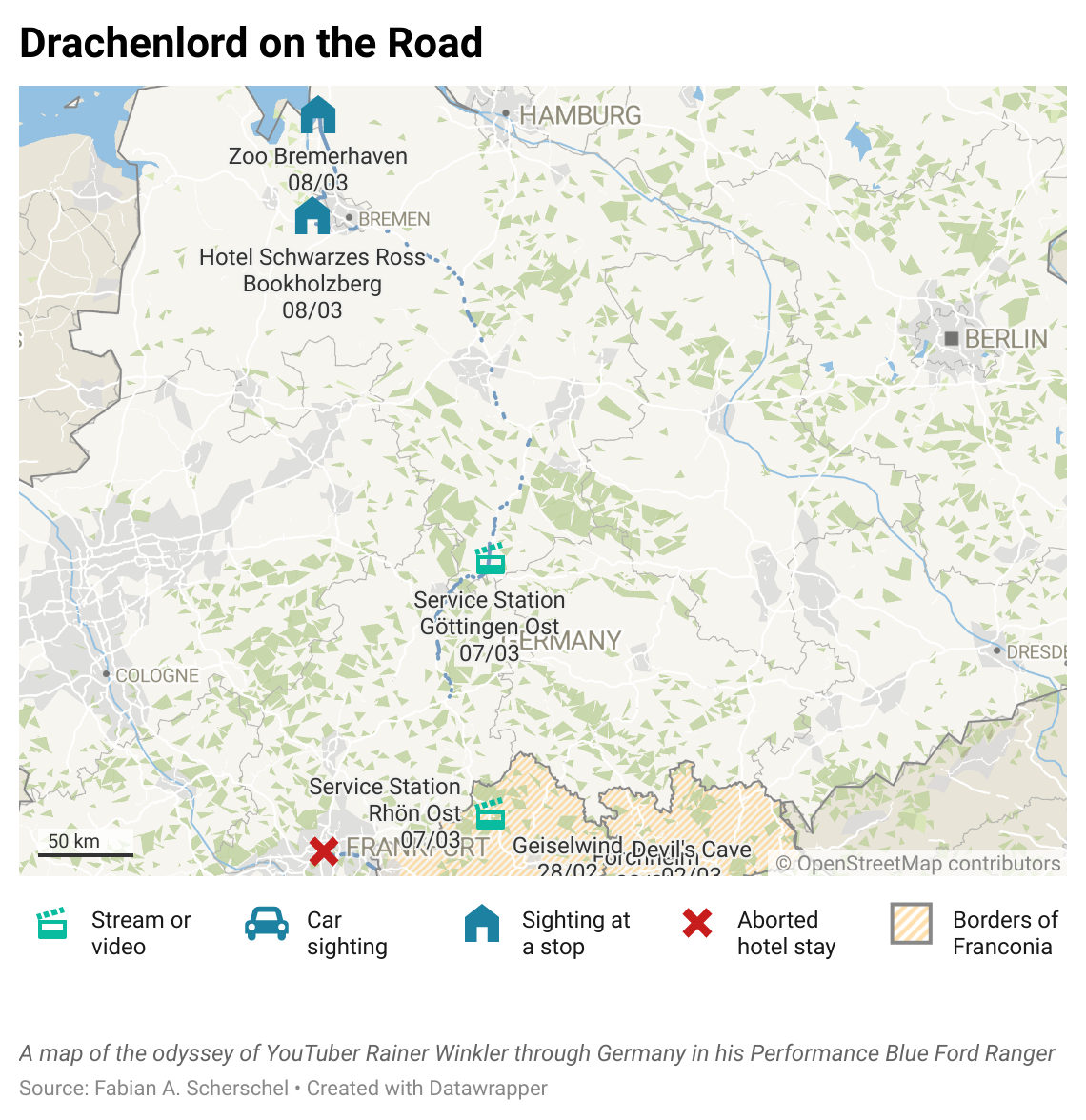 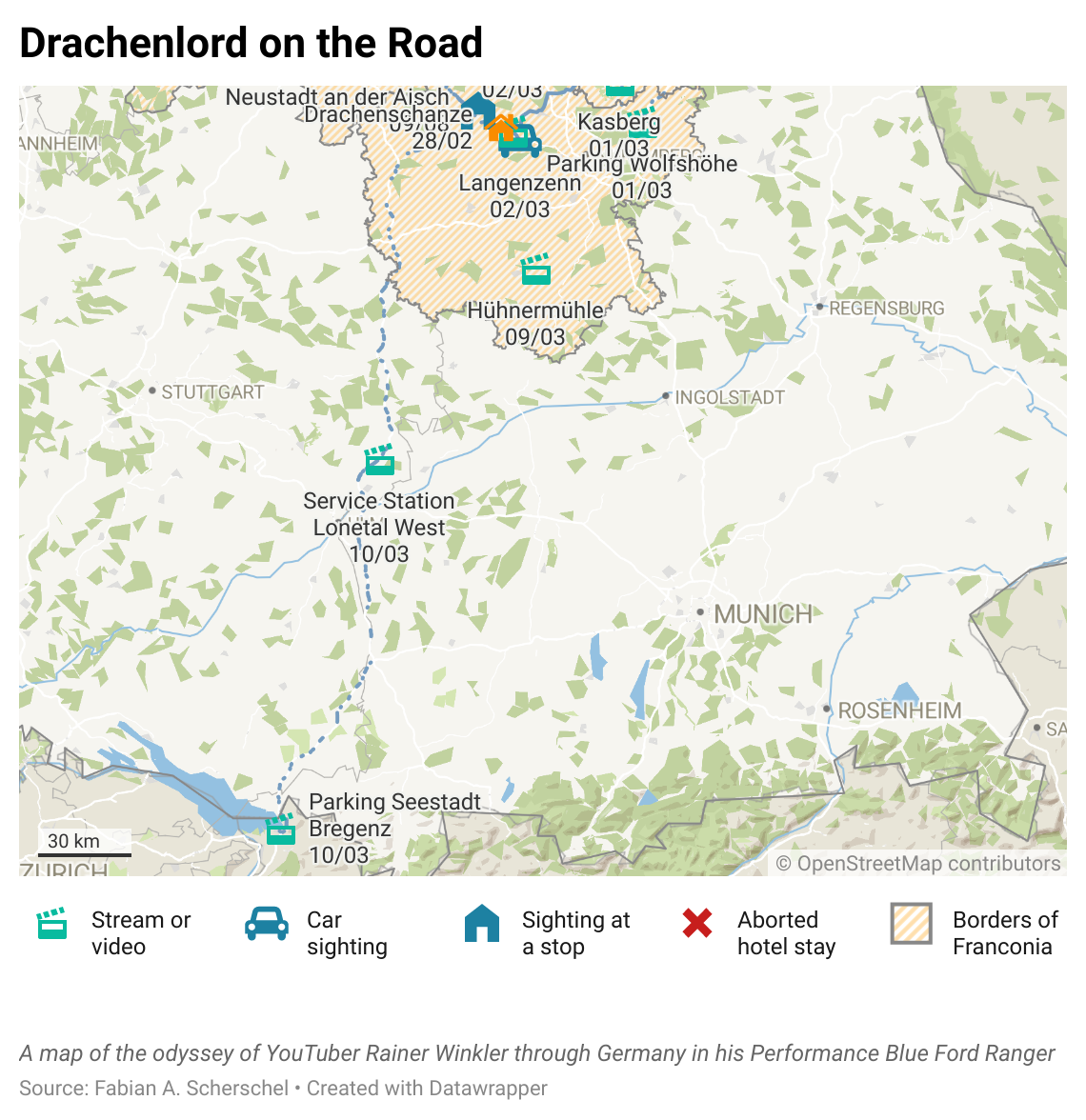 You made a total mess and mixup of Russia’s territories / Soviet Union / Warsaw Pact.

Also, I can’t help observing that while Ukraine didn’t exist as a sovereign state before 1917, it did exist as a somewhat separate country that never was on its own, being a part of Russia, then Recz Pospolita (that Poland is today’s descendent of), then Russia again, then Poland again, aligned with Sweden during the war between it and Russia, etc, etc. It is mentioned (under the name “Ukraine”) in XVII century documents (maybe earlier, but of that period I’m sure). Of course, this position and the tough fate of Ukraine had facilitated the development of its own particular nation, with specific culture and a language closer to any Slavic language than any other one, yet definitely a separate language in its own right, not a regional dialect (as Soviet and Russian propaganda liked to put it).

Of course, the Ukrainian propaganda claims of the Ukraine being the rightful descendent of Kievan Rus are quite questionable, but to be honest, so are Russia’s: Moscow was initially a remote province of Kievan Rus, then, after Rus broke up, existed alongside Kiev as an ally or an enemy, depending on the current political situation, then ended up conquering all the neighbours and Kiev itself. It is, however, true that the first Russian Czars dynasty was a branch and a continuation of the Kievan Rurikids dynasty. 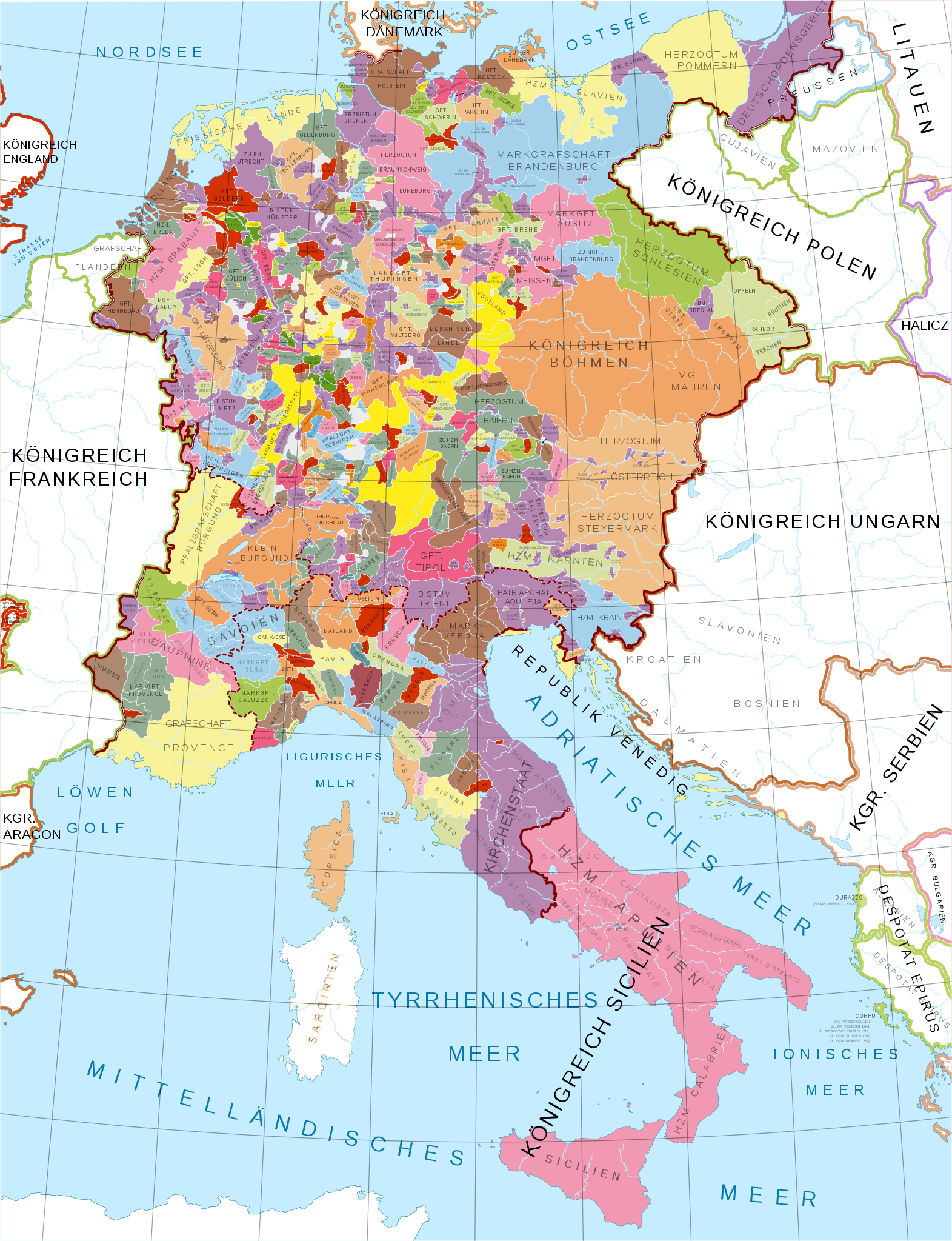 Just to give an update: in Russia, anti-COVID measures are being rapidly dropped. Masks in public places are still mandatory, but that is pretty much the only thing left (and many people ignore that as well, it is rarely enforced anymore).

The running joke is: COVID-19 is calling off its strains and stopping all business in Russia.

We have the same here. My province hasn’t backed down on any restrictions or mandates, but the people have had enough. I was in a large store the other day and out of the 20 people I saw, only the store manager was wearing a mask.

Here the word is that Putin ended the global pandemic.

The show’s theme song is Acoustic Routes by Raúl Cabezalí. It is licensed via Jamendo Music. Other music and some sound effects are licensed via Epidemic Sound. This episode’s ending song is Gods of Jupiter by Splasher!