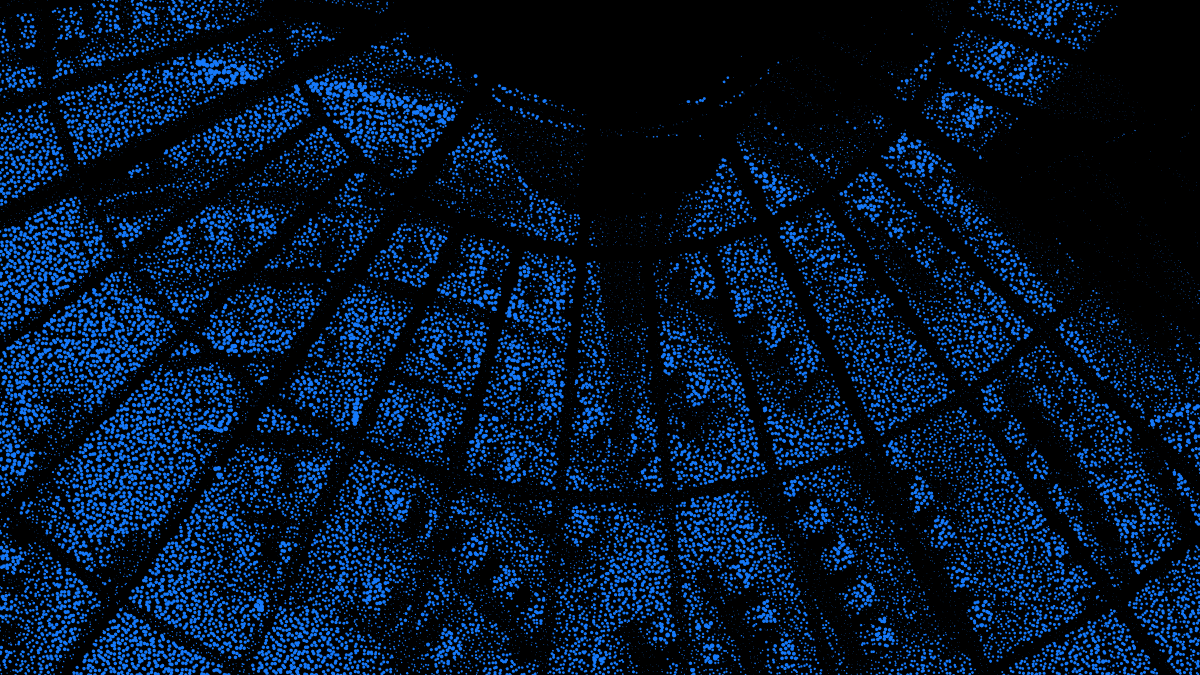 Will the recent German federal election be followed by time of horrible uncertainty, that is will it be the country’s Brexit moment, or is it actually a good thing? This episode discusses the election result and gives a historic explainer of the German parliamentary system.

The Private Citizen is back in action with a regularly scheduled release and, as promised, I’m looking at the recent German federal election. But before we get into the topic at hand, I would like to point you towards a newsletter issue I wrote earlier today about Facebook whistleblower Frances Haugen. If I hadn’t promised an episode on the election and if it wasn’t a time-critical topic, this would have been the topic I’d have covered in today’s episode. I am still planning to cover it on the podcast at a later time, but if you want my take on this story earlier, you can also read that article right now.

Germany’s Parties and Their Colours #

Before we can begin to understand the results of the recent Bundestag election, we must learn about the history of coalitions in Germany. And to understand that, we need to know what the parties in the German parliamentary system and their tradition colours are:

From that you get the names of the coalitions currently being entertained:

Other historic coalitions that aren’t possible with this year’s results include:

Coalitions in the History of the German Parliament #

The history of the Federal Republic of Germany is a history of coalition governments. Until the recent times of Merkel and the three grand coalitions led by her, a two-party government was the exception. In fact, in earlier times in the Weimar Republic and the Reichstag under Bismarck, political alliances used to be even more fractured.

I think this was a good thing and we need to get back to this. It tends to give the government less power and makes it more accountable to the parliament and, in turn, the voters. This is not a “Brexit moment” or terrible uncertainty. This is exactly how the system is supposed to work. 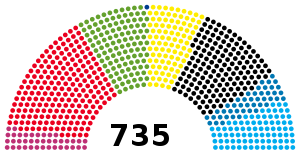 Therefore, the following coalitions are possible (to reach absolute majority, 368 of 735 seats are needed):

There’s also the possibility of a Bismarck-style minority government, but those things historically have only happened when an existing government fell apart and they tend not to last.

Some Other Interesting Tidbits #

There were significant election problems in Berlin:

The top election official in the city of Berlin stepped down from her role on Wednesday after she faced heavy criticism for chaotic polling stations during Germany’s federal elections on Sunday.

Some Berlin residents had to wait in long lines for up to two hours to make their voices heard on Sunday. Other Berlin voters were forced to wait until after 6 p.m. to cast their ballots, when polling stations were supposed to have closed. The fact that multiple elections were happening simultaneously, along with coronavirus restrictions and shortages of ballot paper, were believed to have caused the disruption. A major marathon in Berlin taking place on election day also put a strain on city authorities.

An initial probe into the election chaos by officials found problems at around 100 of the 2,257 polling centers in Berlin. The results from a full investigation into the disruption are expected next week.

I’ve been asked a lot who I voted for. I blogged about it in German before the election

, but I might as well address it here, too.

And finally, let’s discuss what happens if the coalition negotiations fail. It is very unlikely to happen and will result in new elections. In any case, Merkel’s cabinet stays in power until a new cabinet is formed and ratified by the Bundespräsident (Germany’s head of state).

Additional things that came up in the discussion:

Dear Fab, dear Mike, first of all: Army of geese, honk! Thank you both for the interesting discussion. Also: a happy birthday to your grandma, Fab!

I can’t comment on the EU, I’m still trying to take a position on this, on one hand, I’m in general against big government, but at the same time I also get that there are a lot of benefits of having a common market. Let’s hope that the end result would be to benefit the people, not the “politicos”.

Jumping to episode 87 and regarding Fab’s conspiracy theory about Afghanistan. I also read J.C. Dvorak’s newsletter, and I have to agree, it’s the only explanation that makes some kind of sense. Later on, there was the discussion about advertisements and sites, from my point of view, sites need an income, and at the moment, selling customer data and analytics seems the only source of value that they can get from their non-paying users. So in order to replace advertisements as a source of income, there should be an alternative, I feel that something related to crypto currencies and mining might be a good candidate for that. We’ll see.

To have a bit more privacy I started using simplelogin.com to give Patreon a unique email and I use privacy.com to give Patreon a unique credit card. This should prevent them from collating my payments and building a profile. I stopped using Paypal because they partnered with Anti-Defamation League to prevent hate groups. Might not solve all the problems but should help a little.

I’ve received a lot more feedback over the break and will get to it in time. Cutting it off here to keep the episode a bit shorter and my workload manageable.

The show’s theme song is Acoustic Routes by Raúl Cabezalí. It is licensed via Jamendo Music. Other music and some sound effects are licensed via Epidemic Sound. This episode’s ending song is Tightrope by Van Psyke.