What is cyber war? Who engages in it, what consequences does it have? What’s the difference to everyday hacker attacks? And does it actually exist?

Welcome to this week’s episode of The Private Citizen! Today we are talking about cyber attacks and what the hell the term “cyber war” even means.

I’ve been asked by a number of listeners about the different SARS-CoV-2 vaccines and if I would take them. I explain my view on this.

What is Cyber War?

As preparation for some upcoming episodes, I would like to discuss what the term “cyber war” means, or is generally taken to mean. According to Wikipedia, “cyberwarfare” is:

Cyberwarfare is the use of digital attacks to attack a nation, causing comparable harm to actual warfare and/or disrupting the vital computer systems. There is significant debate among experts regarding the definition of cyberwarfare, and even if such a thing exists. One view is that the term “cyberwarfare” is a misnomer, since no offensive cyber actions to date could be described as “war”. An alternative view is that “cyberwarfare” is a suitable label for cyber attacks which cause physical damage to people and objects in the real world.

How correct is this? Is the term even valid?

→ note: for why “cyber” is a problematic term, see cybersex

In the process of looking into that, we will discuss different forms of hacker attacks (viruses, worms, trojans, botnets, DDoS, phishing, DNS attacks, scams, CEO scams, ransomware, industrial espionage, attacks on critical infrastructure, supply chain attacks) and who perpetrates them (script kiddies, professional hackers, organised crime, state-sponsored hackers, intelligence services, political operators). We will discuss the difficult world of computer forensics and attribution. And we will look at historical cases and see how these relate to cyber war: 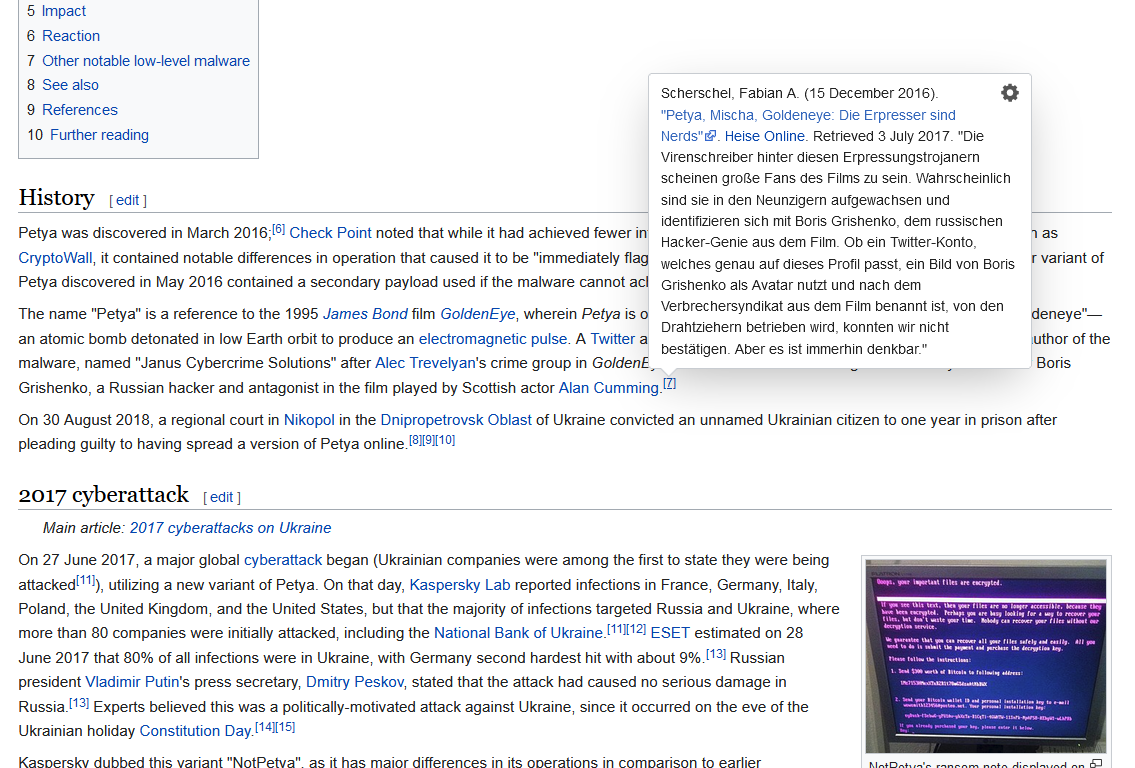 funkyduck has a great idea for a future topic:

Have you done an episode on email? (Sorry if I asked this already.) Specifically involving things like pixel and link tracking, but also the general security and stability stuff, if that’s not too much scope creep.

An anonymous Canadian brings us a boots-on-the-ground report from over there:

I thought you might like an update on the internment camps that the Canadian government had built. It turns out that the government may have misled people a little on the use of these internment camps when they first built them. In February, the government passed laws forcing all citizens entering Canada to spend time in quarantine facilities. Some of these facilities are camps, some are specially registered hotels.

When this quarantine law was first enacted, there was a bit of a surprise effect. People were returning to Canada and actually being forced into vans and driven to undisclosed locations. It was great fun to watch the news for a few days with stories sounding very similar to abductions in spy movies.

The government has since backed down a bit on the quarantine. They now require a mandatory quarantine in one of their facilities until either the test results come back negative, or the 14 days have passed. They have also passed the cost of this quarantine on to the quarantined citizen, but have allowed the quarantine providers to pretty much charge whatever they would like for fees. It is not uncommon to hear of fees in excess of $1,000 a day.

I guess, on the bright side, the diet they are receiving while in quarantine is helping with any obesity problems, as there are frequent reports of either no food or just the ingredients sent to the room to make your own sandwich. At any rate, the forced quarantine may soon be over. The government opposition parties are calling for it to be halted after several reports of sexual abuses by the people who run the quarantine programs.

The show’s theme song is Acoustic Routes by Raúl Cabezalí. It is licensed via Jamendo Music. Other music and some sound effects are licensed via Epidemic Sound. This episode’s ending song is Save Me from Myself by Sven Karlsson feat. Red Revision.