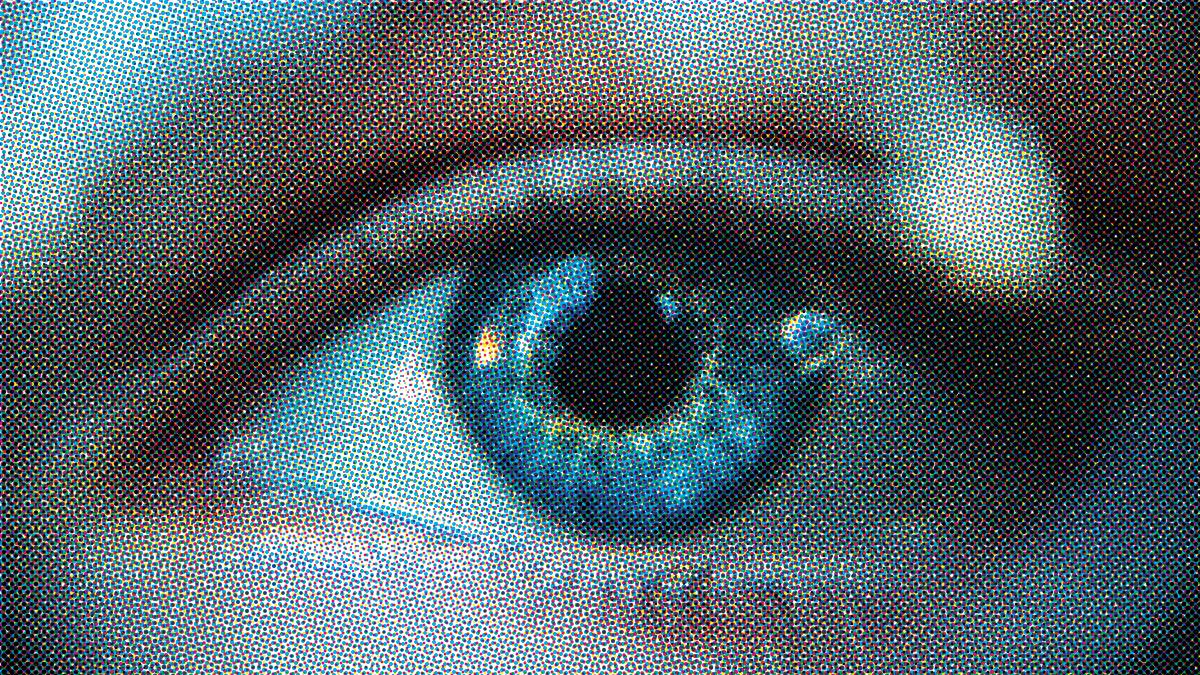 All of us have become part of an economy that is built on completely eradicating our privacy, argues Katrina Gulliver in a landmark article published last year. It started after 9/11 and its getting much worse right now.

As promised earlier, you’re getting an extra episode of The Private Citizen this week, because I want to avoid focusing on the coronavirus madness completely. That’s why the show is temporarily off its usual Wednesday release schedule. Of course, even trying hard, the current situation does come up in the discussion once in a while. There’s just no helping this at the moment.

Today, I want to look at Katrina Gulliver’s great article The Opt-Out Illusion, which was published in the Times Literary Supplement in April 2019 and was recently brought to my attention.

From time to time, I’d like to highlight intelligent writings on privacy topics and go through the text in detail on the show. Today, I’m doing that with Katrina Gulliver’s article.

She starts off by referencing the brilliant movie Das Leben der Anderen, which starred my favourite German actor of all time, Ulrich Mühe, in the main role.

The film The Life of Others (2006) is set in East Germany in the early 1980s and features a government agent who spends his days wearing a headset, listening to private conversations in the homes of suspected dissidents. He feels sympathy for his subjects – and guilt for his actions. He knows that if he reports any sign of subversion that person could be arrested.

Today we are all under similar surveillance, this time by Silicon Valley capitalists.

This is a pattern I’ve been talking about several times on the show now: Silicon Valley, knowingly or naively (it doesn’t really matter), is building technology that is increasingly starting to enslave all of us.

In The Age of Surveillance Capitalism, Shoshana Zuboff explains how. She is scathing about many of the main players. The executive Sheryl Sandberg is described as the “Typhoid Mary” of the practice, carrying it from Google to Facebook. Mark Zuckerberg, in Zuboff’s telling, seems temperamentally attuned to surveillance capitalism – either disinclined philosophically to believe in privacy as a value, or so bent on power he simply doesn’t care. (Zuckerberg suggested at the Crunchie Awards in 2013 that privacy was no longer a “social norm”.)

→ c.f. Sheryl Sandberg’s Wikipedia page: “During her time at Google, she grew the ad and sales team from four people to 4,000.”

Google’s Street View project, initiated in 2001, was met with some resistance. People baulked at having an image of their home published online, let alone an image of them walking down the street. (Google blurred faces but many remained recognizable.) Some blocked road access to Google’s cars; others wore carnival masks or animal costumes when they knew the cars would be passing. Resistance hardened when it turned out that Google’s vehicles were also mapping for wifi signals and noting passwords and other information. (This was blamed on a rogue operative in programming, another “mistake”.) Entire countries pushed back: Germany demanded residents be allowed to have their house blurred. A quarter of a million people made the request. And so Google abandoned the Street View project in Germany: it still runs, but images are not updated. Street View is also partly banned in Switzerland and Austria, restricted to tourist areas.

How far we have come from that. Today, politicians in Germany are demanding everyone who is suspected of carrying a certain disease to be tracked at all times. And we have people installing networked video doorbells that lets companies and the government spy on their neighbours.

These are the exceptions. In 2009 John Hanke, then vice president for the company’s mapping projects, told the Sydney Morning Herald that concerns over Street View had “mostly died off” in the West, and remained an issue only in countries where the “government is used to controlling everything”. As Zuboff suggests, this was a clever pivot, associating resistance not with civil liberties but with totalitarianism. And Street View largely succeeded, with much of the world now mapped. As its creators predicted, we like it, and use it. We are complicit victims.

Mostly because these companies only give us an all or nothing at all choice.

For now the system is set up to trap the user. We’ve all visited websites that confront us with a pop-up acknowledging our privacy and asking us to agree to the terms. But the pop-up won’t let us pass without clicking “agree”. Opting out is an illusion. The extraction of our behavioural data is non-negotiable. To illustrate this bind, Zuboff describes one of the many “smart” connected-home devices now available: Nest thermostats. The data amassed by the device goes to Google’s servers and the user must agree to its being shared with unnamed third parties, for unspecified reasons. Should the customer refuse, terms of service mean the thermostat may not work properly, and will not be supported by necessary updates. You can say no, but that means you get a system that doesn’t work. In the EU the GDPR directive obliges tech companies to inform users what data they are collecting – but this can still be confusing (we supposedly have control, but “no cookies at all, ever” is not an option). One outcome of the GDPR is that some American websites, such as the Los Angeles Times, have simply blocked access to visitors from European IP addresses, rather than have to deal with the new rules.

Technological capability alone would not have been enough for these organizations to have achieved such dominance. Historical circumstances also played into their fortunes. By the time the dotcom bubble began to deflate in 2000, people were asking questions about tech firms’ power. The firms’ salvation – and their entrenchment in our lives – came with the attacks of 9/11. Problems became blessings to governments scrambling to respond: violation of privacy is useful if it helps us to track down an al-Qaeda operative. “Practices that just hours earlier were careening towards legislative action were quickly recast as mission-critical necessities”, writes Zuboff. Governments co-opted the surveillance capitalists, who were happy to oblige.

Does this strike you as familiar? The second wave is happening right now, with the coronavirus scare.

Today, law enforcement agencies use Facebook to track suspects. Mobile phones are a dream to security services, providing GPS data on almost anyone they want to investigate. To illustrate surveillance capitalism’s increasingly symbiotic relationship with government, Zuboff cites the exchange between Google and the Barack Obama administration. During Obama’s presidency twenty-two White House officials went to work at Google, while thirty-one executives from Google and its subsidiaries joined the White House or federal advisory boards. This version of “regulatory capture” extends beyond Washington. Last year Nick Clegg left politics to become Facebook’s Vice-President for Global Affairs and Communications.

Funny how nobody in the media focused on that, but they are constantly all over Trump’s staff. Of course, you have to remember that most of the media is complicit in this, because they live off advertising.

The author reminds us of Karl Marx’s image of capitalism as “a vampire that feeds on labour”. But she perceives “an unexpected turn. Instead of labour, surveillance capitalism feeds on every aspect of every human’s existence”.

Now, I do object to this allusion somewhat. Quoting Marx is problematic in this context because Marx is intimately tied up with trying to abolish capitalism. And that clearly isn’t the answer to all of this, as the movie quoted at the very beginning of this text clearly shows. Historically, every single government that tried to implement Marx' and Engels' ideas of how to abolish capitalism ended up being a totalitarian surveillance state. Which, in my opinion, is inherent in the idea of the dictatorship of the proletariat.

Other than that, an excellent article and even more important than ever under our current circumstances.

Producer Steve Hoos sent me a message on Patreon with a boots-on-the-ground report from the U.S.:

First, you’ve been pronouncing my name well: “Hose”. I have been told it is a Dutch last name, even though we came from Prussia in 1850ish. Four brothers, three wheel wrights and a violin maker settled in South Bend, Indiana. Indiana State Hoosiers! I live in Orange County, California, home of Disneyland. We have three levels of restrictions. Federal, the smallest, unless they use FEMA. State, medium, but has the use of National Guard troops to help out. The state closes schools with the assistance of local authorities, but they have the power of the purse. New York is using National Guard troops to deliver food for example. Then we have the County restrictions. The county has a health inspector which can, and has, closed restaurants to dining, but not takeout. They can probably close your barber, nail shops, and spas too, but I am not sure. I can go to the grocer, hardware store, and bank for now… My wife and kids have had haircuts canceled until further notice.

My question is this: Should we borrow/print 3 trillion dollars and destroy the world economy to save the 65+ people? My brother who is 61 thinks not, he is more worried about what this will do to the world for his kids and grandkids. He says the olds care for themselves as much as possible, and let the young get on with their lives. I am 44 and I kind of agree.