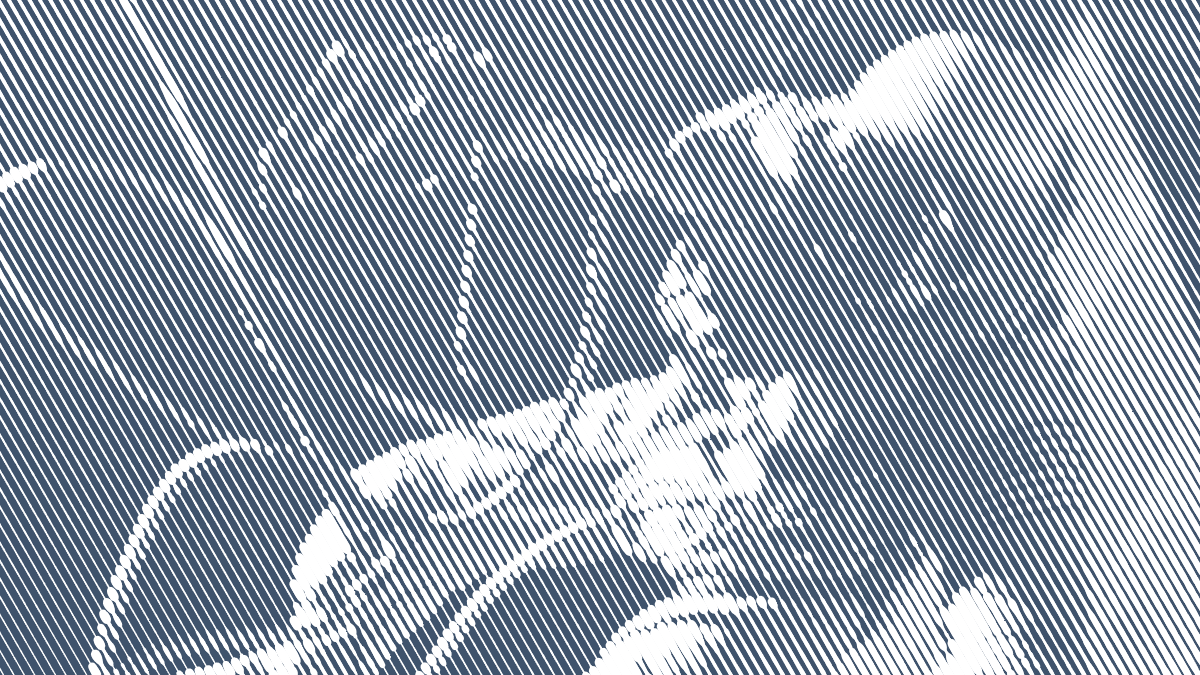 The Gemini protocol, a text-only alternative to normal websites, might be the perfect off-the-grid publishing platform. At the very least, it’s damn cool. In an old-school, indieweb kind of way.

This week on The Private Citizen, we will be looking at the alternative internet protocol Gemini. Settle back in your favourite listening chair, with a nice glass of wine or some hot coffee (depending on time of day and personal preference), because this one is going to be pretty nerdy.

Also: Don’t be alarmed. I’ve changed the album art of the podcast to make it a bit more easily recognisable. 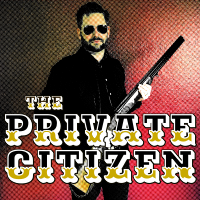 I hope it’s okay that I used a photo I had left over from the shoot for my last rock album.

In recent weeks, I’ve been playing around with the alternative internet protocol Gemini.

Gemini is an IP stack protocol that is named after NASA’s spaceflight program Gemini, which sat in between the Mercury and Apollo programs. It is named as such, because Gemini (the protocol) is meant to occupy the space between Gopher and the Web. This is also why this episode is named after the famous sandwich smuggled into space aboard Gemini III.

Gemini is text-only and uses a minimal Markdown-like syntax called Gemtext. Gemtext has no inline styling and no inline links. Links are presented on their own lines, preceded by the characters =>. The presentation of the text is completely controlled by the user’s client. Which means you can’t specify line breaks – every paragraph is a single line without breaks – or fonts. There are no embedded images or videos (ASCII art only). Files have to be linked, but since Gemini only uses UDP connections, it is not well suited for large downloads.

Gemini is not extensible at all. There is no state-tracking or scripting. All connections are TLS encrypted.

Gemini is not meant to replace the Web. It’s a collection of indie websites (Gemini websites are called “capsules”) meant to be consumed alongside the Web.

How Can I Consume and Create Gemini Sites? #

Since no current web browsers support the Gemini protocol at the moment, you need a dedicated client to visit the so-called Gemini space (the collection of Gemini capsules available out on the internet). I use Lagrange when I want a GUI and Amfora on the command line. Since Gemini is text-online, it is excellently suited to be consumed via CLIs.

Gemini sites use URLs preceded by the gemini:// scheme. Firefox can be set to automatically open such a link in Lagrange, for example. In the same way, Langrange will open http:// and https:// links with the system’s default web browser.

How many sites are there on the Gemini space? At the time of recording ⇒ the geminispace.info search engine indexes 262,092 documents on 979 domains. 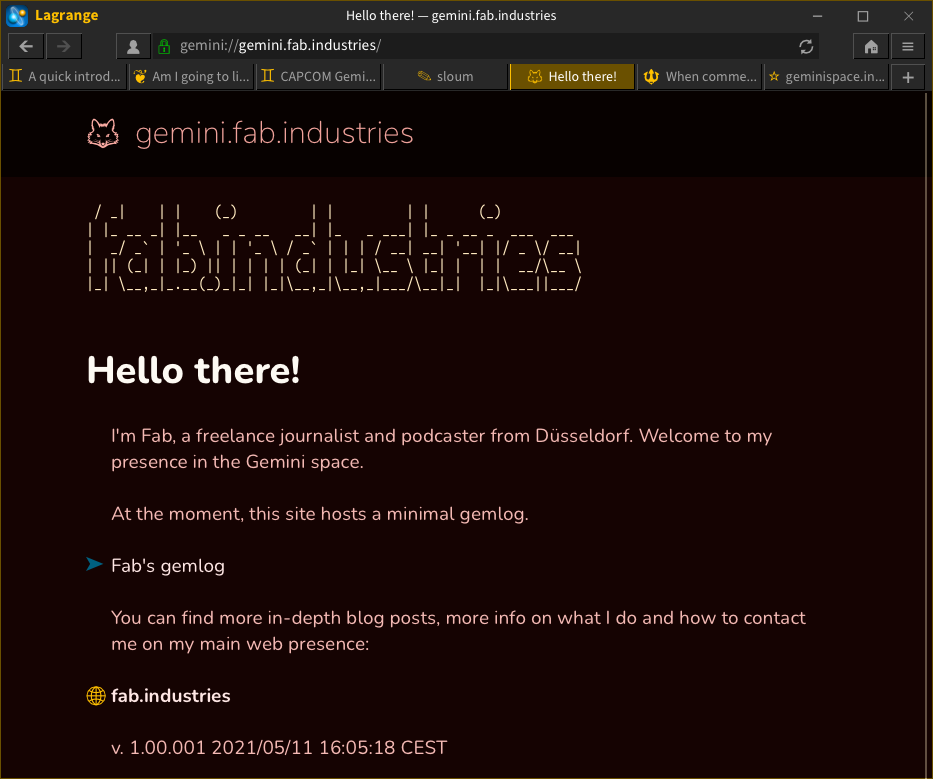 The fab.industries Gemini capsule as it is rendered in Lagrange

To host a Gemini capsule, one needs to set up a Gemini server like Agate. My own ⇒ gemini.fab.industries capsule is hosted via the sourcehut service. To publish a site there, you simply get an account and then upload a .tar.gz file with your capsule’s .gmi files in a corresponding folder structure.

Why Gemini is Interesting #

Sure, Gemini will never replace the Web and it probably won’t be widely adopted. It’s also not at all useful to build big web applications. But it’s perfect for static websites and minimalist blogs – they call those gemlogs in Gemini space.

Gemini is secure by default. All connections are TLS encrypted and no extensions means no harmful content can be rendered on the user’s machine at all.

It also respects privacy by default. Nobody can log anything beyond single requests as there is no state tracking with cookies or the like. And there never will be, otherwise Gemini would lose its whole raison d’être.

All of this, including its relative obscurity, makes Gemini perfect for exercising one’s freedom of speech and to disseminate and consume information freely – you know, like we thought the Web would be back in the day? Here private citizens can read, discuss and form communities free from corporate influences. Because of Gemini’s inherent simplicity, it is incredibly unlikely that it will ever be co-opted by corporate interests like the WWW has been.

I would like to point out that I don’t mind listeners being behind on the show. As one listener recently told me on Patreon:

The problem is, which is a good problem to have, that I only want to listen when I can really pay attention to the show.

Evgeny Kuznetsov chimes in on the ongoing feedback segment discussion about religion:

I think Fab’s take on religion is rather close to mine, which is best described with an analogy usually misattributed to George Carlin: Religion is very much like a penis. It’s OK to have one, and if yours is big, good for you. But it’s impolite to go waving it in the street, and don’t you bloody dare try to shove it into my child.

I do agree with what you said on “the truth”. However there is one issue: Science is complicated and most legitimate scientists will not make clear statements but rather be more careful with language so they do not say something incorrect.

The show’s theme song is Acoustic Routes by Raúl Cabezalí. It is licensed via Jamendo Music. Other music and some sound effects are licensed via Epidemic Sound. This episode’s ending song is Dark Outlands by River Foxcroft.